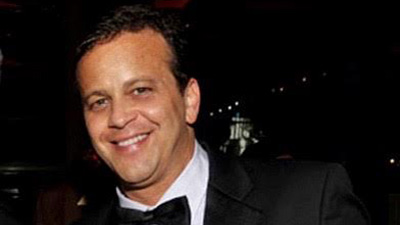 Aaron Zigman is the ultimate modern film composer. As a classically-trained musician, conductor and composer, he has a degree of versatility rarely seen amongst even today's top talent. His deep classical roots combined with his ability to read the pulse of pop culture, has enabled him to write, co-write and produce songs for music's all-time greatest performers (Aretha Franklin, John Legend, Christina Aguilera, Phil Collins, Seal and more) and gives him the ability to traverse styles of music to develop some of the industry's most memorable film scores across diverse genres-The Notebook, Wakefield, Alpha Dog, Bridge to Terabithia, The Proposal, For Colored Girls, Flash of Genius, Sex & the City I & II, Escape from Planet Earth, Mr. Right, The Company Men, The Ugly Truth, The Other Woman, The Proposal, The Jane Austen Book Club, John Q. and more...

Aaron Zigman began training as a classical pianist at age six. At age 20 he began studying with George Bassman, a noted MGM composer who orchestrated for the "Wizard of Oz" and wrote the music for the films "Marty and The Postman Always Rings Twice". When Zigman was 23 he signed a songwriting contract with publishing giant Almo Irving and began writing, producing, arranging and orchestrating for many of the top major artists in the record industry. His first big hit in pop music was "Crush On You" which earned top-chart status for a group called The Jets. He then worked for Clive Davis and produced and arranged songs for Aretha Franklin and Natalie Cole among others. Zigman has written, arranged and produced over 50 hit albums and/or co-written songs with legendary and contemporary artists including John Legend, Quincy Jones, Phil Collins, Christina Aguilera, Dione Warwick, Carly Simon, Ray Charles, Tina Turner, The Four Tops, Seal, and many others.

In 2000 Zigman got his break into film when director Nick Cassavetes went to hear Zigman's classical symphonic tone poem "Rabin" being performed by the L. A. Jewish Symphony in memory of Yitzhak Rabin. So moved, Cassavetes asked Zigman to score his movie John Q starring Denzel Washington. The success of John Q was followed by The Notebook which was a major box office success, and has made it onto numerous top romantic film lists, with Zigman's score earning record sales and winning multiple awards and praise.