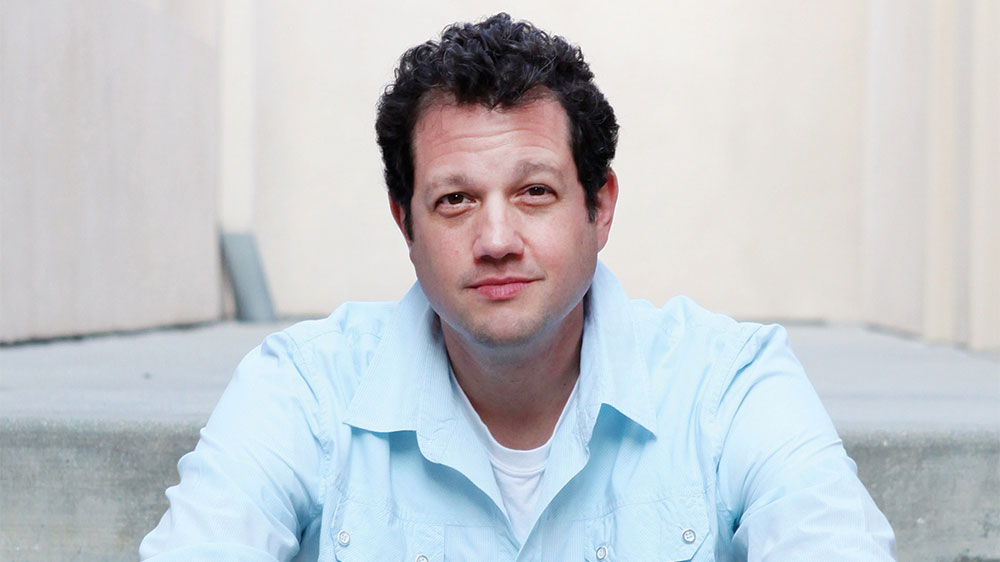 Composer Michael Giacchino grew up fascinated with both movies and music, and he's gone on to an ideal career writing scores for a number of acclaimed films, television series, and video games. Giacchino was born in Riverside Township, New Jersey on October 10, 1967, and grew up in nearby Edgewater Park. As a child, he developed an interest in animation and began making stop-motion cartoons, but discovered his favorite part was selecting the music that would match the action. After high school, Giacchino received a degree in film production at New York's School of Visual Arts, and then went on to study music at Lincoln Center's Julliard School. Giacchino supported himself as a publicist for the New York offices of Universal Pictures and Disney, and after completing his studies, he relocated to Burbank, California, where he worked for Disney's feature film publicity department. He moved on to Disney Interactive, assisting with production on video game projects as he continued to hone his craft in music.

Jurassic Park: The Lost World [Playstation OST] After contributing music to several Disney games, he took a position with Dreamworks Interactive in 1997 and scored the video game The Lost World: Jurassic Park, released as a tie-in with the sci-fi blockbuster; the same year, he also scored a low-budget live-action thriller, Legal Deceit. Giacchino composed scores for a number of other video games, including the Medal of Honor and Call of Duty franchises, and in 2001, when producer J.J. Abrams was assembling his creative team for the television series Alias, he invited Giacchino to write music for the show, having been impressed with his video game work.
Lost [Original Television Soundtrack] After working together successfully on Alias, Abrams hired Giacchino to compose music for the cult favorite series Lost, which earned him a Grammy Award for Outstanding Dramatic Score in 2005; Giacchino also wrote music for Abrams' short-lived but critically acclaimed show Fringe. In 2004, Brad Bird invited Giacchino to write the music for the Pixar animated feature The Incredibles; it was the first of several projects he scored for Pixar, including Ratatouille, Cars 2, and Up, the latter of which earned him an Academy Award in 2010, as well as a Grammy Award for the film's soundtrack album.
Star Trek [Music From the Motion Picture] Since then, Giacchino has maintained a busy schedule scoring major projects such as Mission Impossible III, Cloverfield, Star Trek (2009), Let Me In, and Super 8. Giacchino also occasionally writes symphonic pieces, including "Camden 2000," which was commissioned for Camden, New Jersey's Haddonfield Symphony and debuted at a fundraising event for the non-profit Heart of Camden Housing Corporation. Giacchino also wrote new music to accompany the Space Mountain ride at Disney theme parks in the United States and Hong Kong.
Inside Out [Original Soundtrack]Giacchino was involved with a number of high-profile film projects in 2015, which would prove to be a banner year for the composer. Reuniting with director Brad Bird and Pixar, he scored the animated film Inside Out, as well as Disney's futuristic Tomorrowland and, biggest of all, the summer blockbuster Jurassic World. The following year, Giacchino returned with several more high-profile productions, including scores for Doctor Strange, Star Trek Beyond, and Zootopia. Also in 2016, it was announced that he had replaced composer Alexandre Desplat on director Gareth Edwards' highly anticipated Rogue One: A Star Wars Story. The score was released alongside the movie in December 2016, and was commended for its fresh, innovative sound palette while incorporating favorite and revered elements of John Wiliams' score for the previous Star Wars installments.