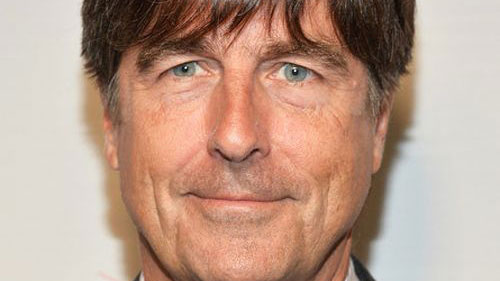 A second-generation member of Hollywood's preeminent musical dynasty, composer Thomas Newman carried on his family's legacy through a series of Academy Award-nominated film scores. He was born in Los Angeles on October 20, 1955, the son of Alfred Newman and the nephew of Lionel and Emil Newman, all three renowned composers and conductors from Hollywood's golden age. (Thomas' brother David also followed in the family business, as did their cousin, the sardonic singer/songwriter Randy Newman.) Thomas studied piano and violin as a child, following a two-year stay at the University of Southern California by earning a master's degree in music from Yale. Although his early musical theater project Three Mean Fairy Tales was championed by Stephen Sondheim, Newman spent the better part of the late '70s playing keyboards in the rock band the Innocents and the improvisational combo Tokyo 77. In 1983, he broke into the film industry by orchestrating a John Williams cue from Return of the Jedi, composing his first full score, Reckless, the following year.

Desperately Seeking Susan & Making Mr. Right: Original Soundtracks from the Films of Susan SeidelmanNewman's ethnic-inspired score to the 1985 Madonna vehicle Desperately Seeking Susan proved his breakthrough, and he further honed his distinctive electro-orchestral approach on subsequent projects including 1987's The Lost Boys and Less Than Zero. Films including Fried Green Tomatoes, The Rapture, and Scent of a Woman followed before Newman earned a pair of Oscar nominations in 1994 for his work on The Shawshank Redemption and Little Women; a year later, he received another Academy Award nomination for Unstrung Heroes. Newman's fourth Oscar bid arrived with 1999's American Beauty, which did not win the composer an Oscar for best score, but the soundtrack album, released by DreamWorks, did win the Grammy Award in its category. Newman received further Academy Award nominations in successive years for his work on Road to Perdition (2002), Finding Nemo (2003), and Lemony Snicket's A Series of Unfortunate Events (2004). He won another two Grammy Awards for his theme for the television series Six Feet Under, best instrumental composition and best instrumental arrangement. His eighth Oscar nomination came with The Good German (2006), which was followed by nominations for WALL-E (2008), Skyfall (2012), and Saving Mr. Banks (2013); he won two more Grammys for WALL-E and Skyfall. Newman continued in kind with notable scores for other critically acclaimed films, including the documentary He Named Me Malala, Steven Spielberg's Bridge of Spies, and another James Bond installment, Spectre, all in 2015. The composer then returned to Disney Pixar for the highly anticipated sequel to Finding Nemo, 2016's Finding Dory.