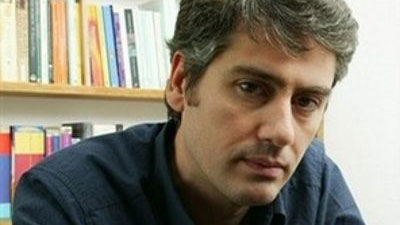 Dario Marianelli is an Italian composer of film and concert music. Born in Pisa, he started piano studies and began singing as a chorister at age 6. When his voice broke, he devoted himself to playing piano and composing. He studied privately and took exams as an external student in nearby Florence, Lucca, and Livorno, and also studied counterpoint before moving to England. There, he studied at the Guildhall School of Music and Drama, and spent three additional years studying at the National Film and Television School. His film career extends back to 1994 with his score for Paddy Breathnach's movie, Ailsa. Over the course of two decades, he composed music for such films as The Brothers Grimm; V for Vendetta; Agora; Eat, Pray, Love; Jane Eyre; Salmon Fishing in the Yemen; and Quartet, as well as many others. He has achieved recognition for his work with filmmaker Joe Wright, providing scores to the films Pride and Prejudice, Atonement, The Soloist, and Anna Karenina. Among his honors, Marianelli has won the Academy Award, a Golden Globe Award, the Phoenix Film Critics Society Award, and the World Soundtrack Award.