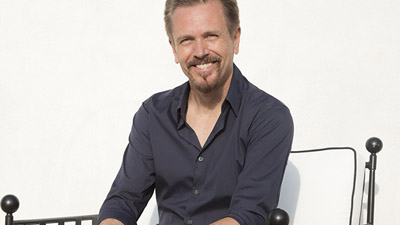 John Frizzell (born 1966) is an American film and television composer. As a young boy, Frizzell sang soprano in the National Cathedral Choir, the Paris Opera Company, and the Metropolitan Opera Company. He continued his study of music at the University of Southern California and the Manhattan School of Music, but he began to focus more on the jazz guitar than voice. After he finished college, Frizzell worked with Michael Mainieri, a famous producer and became exposed to synthesis and helped Mainieri on many commercials, movies and records.

Frizzell's career excelled and he worked with many more renowned composers, directors and producers including Ryuichi Sakamoto, John Sacret Young, James Newton Howard, Jean-Pierre Jeunet, Joel Silver, Randy Edelman and Mark Rydell. However, Frizzell is best known for his work with Mike Judge. He did the scores for Judge's films Beavis and Butt-Head Do America and Office Space as well as the music for Judge's sitcom King of the Hill. His other film scores include I Still Know What You Did Last Summer, Alien Resurrection, Dante's Peak, Thirteen Ghosts, Ghost Ship, Gods and Generals, Stay Alive and The Reaping. He also composed the musical score for the sci-fi television series VR.5 and more recently the television drama series The Following.