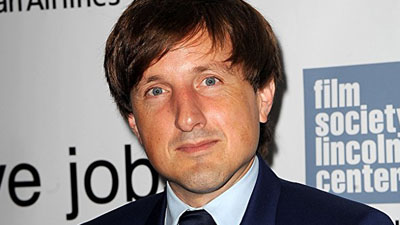 Daniel Pemberton is an Ivor Novello winning and multi-BAFTA nominated composer well known for embracing a wide range of musical mediums – from electronic to orchestral – throughout his work. After more than a decade establishing himself as one of the most inventive and experimental voices in British television – scoring countless Emmy and BAFTA award winning dramas and documentaries such as Complicit, Peep Show, Upstairs Downstairs, Desperate Romantics, Space Dive, Occupation and Hiroshima – Pemberton moved into the world of film with the period supernatural thriller The Awakening (2011). His hybrid choral, orchestral and electronic score caught the ear of Ridley Scott who, heavily impressed with the standout work and what he called the composer’s ‘10,000 hours in the garage’ hired the composer to score his feature The Counselor (2013). He collaborated again with Scott on the director’s first foray into television – The Vatican (2014). This work, alongside scores to other features such as Blood (2012), In Fear (2013) and Cuban Fury (2014), led him to be named ‘Discovery Of The Year’ at the prestigious World Soundtrack Awards 2014.